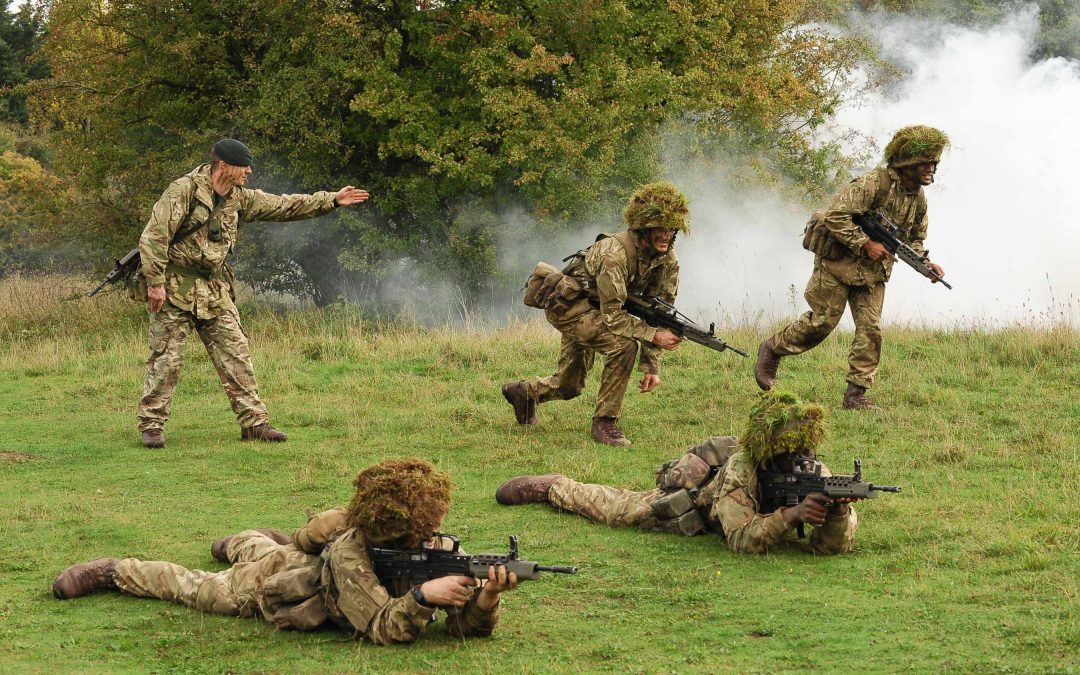 You may have read in the past* that I spent about 6 weeks on exercise in Canada with my Regiment.  There is a very structured approach to the timetabling on such an exercise: the participants complete large live firing exercises and then undertake several mission sets during the TESEX (giant LaserQuest). Each segment concludes with an After Action Review (AAR) during which they seek to learn lessons and then apply them during the next mission. It is a pressurised environment as at the end of the cycle, each Regiment receives a statement of technical competence and of their readiness to move onto mission specific training.  Who wants to be found wanting then?

We had completed the first mission and AAR cycle and at 0600hrs we moved out to begin our second mission set.  The first mission had been pretty good, plenty to learn but we were making appropriate progress.  Some 8 hours after the mission began, we were stuck, our combat power was dwindling fast and we ended up attacking an empty space.  This small pocket of “enemy” activity was meant to have been a sideshow, something that we would sweep aside by 0900hrs after which we would press on to the take main objective at last light and then defeat a counter attack the next morning.  It just wasn’t happening!  I asked my Second in Command to take over and then called my Commander and the Head of the Training Establishment and asked them to suspend training and conduct an AAR.  This was certainly unusual and given where we were in the training cycle and its proximity to earning our statement of competence, drawing attention to our failure might have been considered a high risk move. But for me, that was what AAR was all about:  we clearly had something to learn and 20 hours later would be too late.  They facilitated the AAR for us and I remember standing in front of my team before it started, telling them that I had called it and that I was hurting and confused because I didn’t understand why, in spite of our best efforts, we had had such a bad day: was it my plan, was it my decisions or direction during the “battle”, was it a lack of clarity or poor execution by the individual crews?  I wasn’t out to apportion blame, I was out to understand.

Did it pay off?

Well, we were much better over the next few days, received our statement of competence, deployed and had a successful operational tour and nobody sacked me!

In The Culture Code

The Secrets of Highly Successful Groups, Dan Coyle says: “…being vulnerable together is the only way a team can become invulnerable.”

AAR facilitates that invulnerability but sometimes you have to be courageous enough to call one and then be willing to be vulnerable when you have.  In my experience, it’s always worth it and its never as bad as it seems!  That AAR taught me much but most of all, how important it is that the leaders believe in it and act upon it.  Improving your team isn’t someone else’s responsibility, it is yours and AAR is a fantastic way to do it and by having somebody else to lead the AAR, you as the leader can continue to set the tone that encourages vulnerability, openness and honest engagement and also truly immerse yourself in the learning process.